Underlords for the beginners: Full Guide

Dota Underlords: How to play

Recently Valve released their own version of Auto Chess – Dota Underlords. After the mod (dota 2 auto chess) appearing about a half year passed, and it created the whole new genre – MABA (Massive Automatic Battle Arena) or just Auto Battlers. 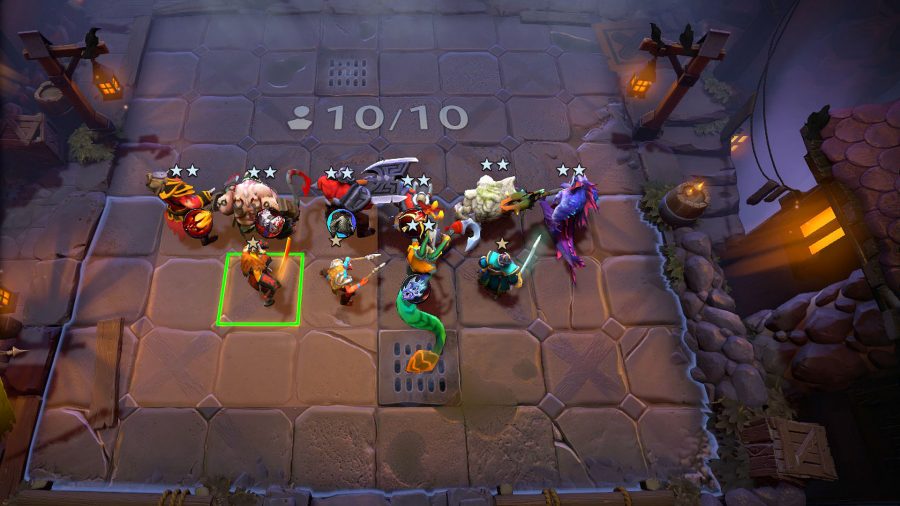 Long story short – MABA is a MOBA that is playing automatically. A player is now in the role of a strategy master. All fights are fully automated, all you need to do is to decide the strategy and buy heroes. One game could last from 30 to 45 minutes! So prepare that you will need some time.

In one match only 8 players fighting against each other, so basically it is an FFA (free for all). All players start with 100 health points and they are decreasing after each defeat. Damage depends on the army that left after a fight. The last man standing is the only winner!

Road to the victory is building from the economy, heroes, items, and RNG of course. There is no universal strategy, thanks to the RNG system you never can be 100% sure what synergies you will build this time. There is always RNG between rounds, so be ready that you may not have a desired hero in the pool, that is why all your actions must be aimed at minimization of this random.

There are only 30 seconds between rounds that you could use to adjust the strategy, so you could read characteristics in the training mode, where the time between rounds is stopping. There are hotkeys that could be used to give you a slight advantage, but really. Who wants to use hotkeys in the game where you could enter the total chill mod and play only with one hand while leaning on the back of the chair.

The economy in Dota Underlords

This is the most important elements – the right management of gold increasing your winning chances. There are a few simple and basic rules:

Every player in Dota Underlords has a Level indicator, it shows how many figures could player have on board. The maximum level is 10, so you may have 10 figures at the same time (or 11 if you have a high-tier item). Experience players gain every round, but this process can be accelerated – for 5 coins you could buy 4 experience points. In most times, your level is the deciding factor that shows who will win or lose.

With the Dota Underlords Economy, it gives one simple conclusion – there are only a few moments when you NEED to buy levels in the early game, but this is an advanced strategy that is used by the Underlords Boosting services, not for the beginners.

Every player could buy a hero in a shop between rounds. Their characteristics and abilities are taken from the Dota 2 Moba game, that is why the learning curve is so flat for the people, that are know Dota 2. You will understand the role by the first glance, and this is incredibly awesome.

For all other players, the stats of the character is showing right before the hero itself and it includes Damage, Durability, and Alliances.

Remember the next basic things about Dota Underlords heroes:

First few gaming sessions you need to fight against bots in the training session. The game will tell you about the basic rules and then give you a chance to experiment a little.

First three rounds is a fight against bots for items. If you win you will have three items by your choice, but if creeps will win, then 2 of these items will be annihilated. Fights like this will happen every five rounds and they are extremely important, so be sure that you could win every one of them.

Items, heroes and their characteristics are taken from the Dota 2 directly so experienced items will know them from the first glance. But newcomers will not take a too long time – the game is showing everything that is important and telling you about all major indicators.